What model Gretsch is this guitar?

The answer is... all of the above.

In what we can only surmise as likely being an employee-build instrument, this 1965 Gretsch isn't your average mid 60s Country Gentleman, nor is it a heralded 60s White Falcon. It's got a little bit of both models wrapped up into one instrument.

What we've been able to determine is that the guitar entered into production sometime in either late 1964 or early 1965 as a Country Gentleman build. This Version 2 "Gent" introduced in 1962 features the 17" double cutaway fully hollow body with a Super'Tron in the neck position and a Filter'Tron in the bridge position, a common configuration during this period. It's been revealed in some areas (namely under the bridge) that the guitar entered finish stage for the typical Dark Brown walnut finish, but was likely pulled aside where it began its new life as a custom build of sorts.

The factory routed mute/muffler mechanisms were not installed, and instead these routs were plugged as evidenced by depressions and lacquer shrinkage in these areas. The remaining electronics were laid out in traditional Country Gentleman fashion, with Tone and Pickup toggle switches on the bass-side cutaway, a Master Volume control on the treble-side cutaway, independent pickup volume controls along the lower bout along with a kill switch that mutes output.

Thumbnail inlays are standard issue on a Country Gent, but the gold sparkle binding surely isn't!  The body is double bound in gold sparkle as well, and the headstock shape is the dead giveaway on the unquestionable White Falcon neck. Funny that the Country Gentleman headstock plate remained all this time as well! In line with White Falcon accoutrement is the use of Grover Imperial tuners, a certain upgrade from the stock tuners used on the Country Gent. Another bit of a giveaway on the employee build theory is the truss rod cover, which doesn't follow any distinctive or exacting pattern or shape for a true White Falcon or Country Gent. It was likely made specifically for the guitar, although there's no way to know for sure.

The guitar has remained in mostly original condition with just a few changes over the years. The original bridge was replaced seemingly long ago with a late 60s or early 70s Gibson ABR-1 bridge (Patent # forge stamp on the underside). The 'chevron' Gretsch-stamped Bigsby appears as a later replacement, and the pickguard is a Gretsch pickguard but not original to a Country Gent nor a White Falcon. The wiring harness appears to be all original, with legible pot codes. dating the guitar to 1965. The frets are original as well, with fully intact binding nibs over the fret ends.

The slim neck offers some effortless playability that works just as well for fast melody work and rhythm comping. The original pickups are excellent sounding - classic Gretsch chirp with a forgiving compression in the Super'Tron, and some top end chime and twang with the Filter'Tron. It's clear that this guitar can take you further than Chet-style playing. A formidable options for country, jazz, rockabilly, americana, and beyond.

About as unique as a fingerprint, this 1965 Gretsch Country Gentleman with its White Falcon treatment gives you a taste of flash with classic Gretsch tone. 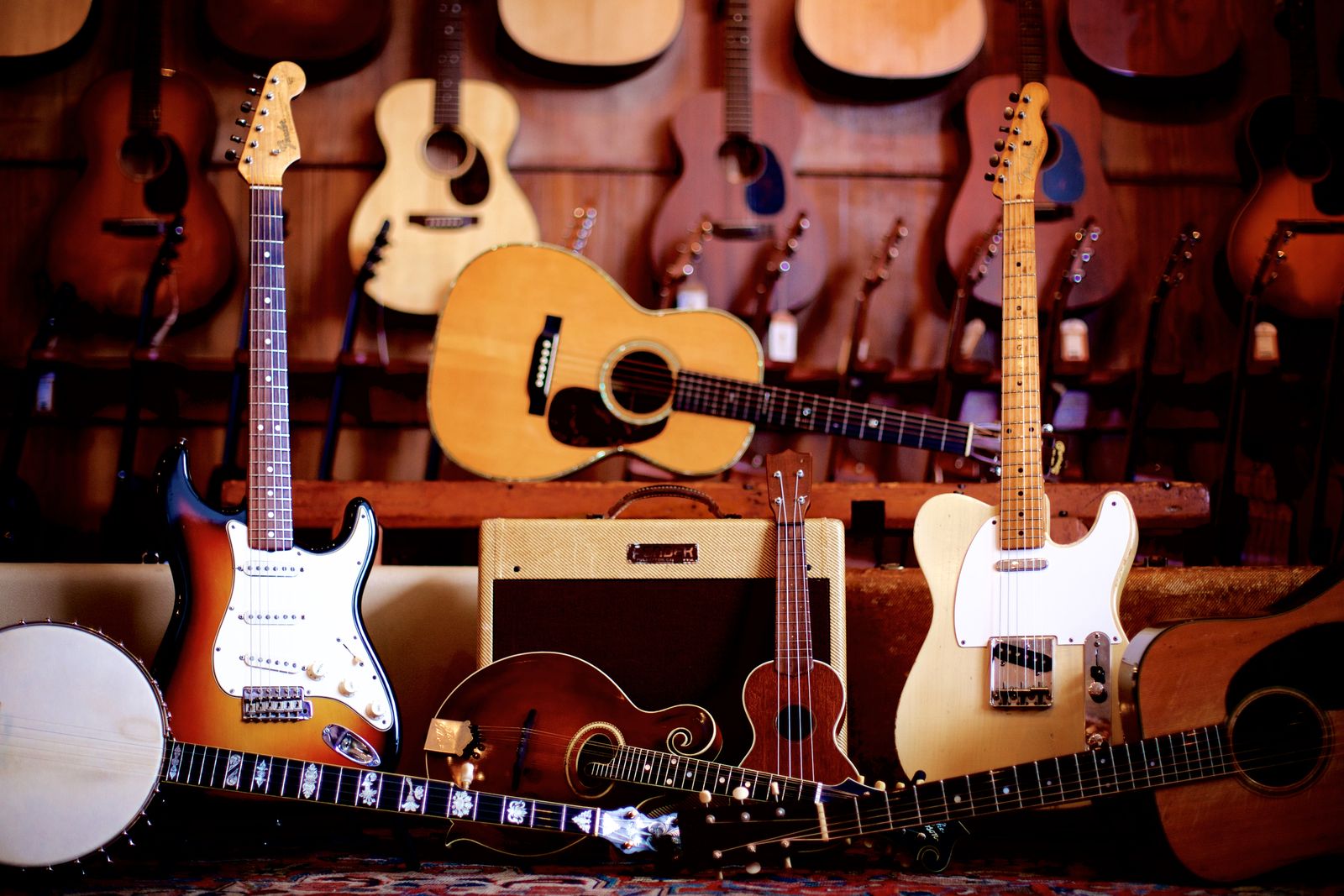