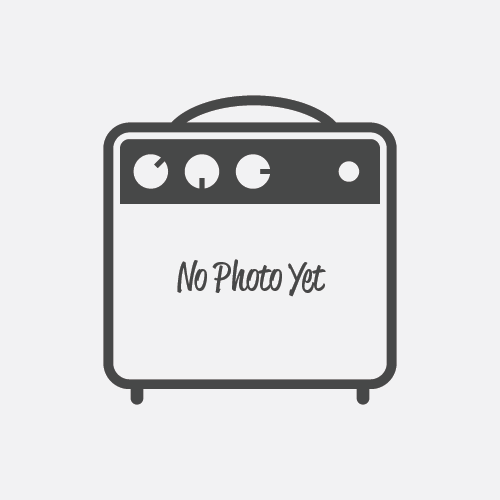 Presenting the Ibanez FLATV1 Josh Smith Signature Model. Blues rock guitar virtuoso, singer-songwriter and producer, Josh Smith, is hailed the world over as a master guitarist with raw talent and power to spare. Blending his signature mix of blues, rock and jazz into dynamic original songs, Smith is known for his incendiary live performances, whether at the Grammy Awards or the Kennedy Center Honors with Mick Jagger, Raphael Saadiq and others. "Anyone who has witnessed one of Josh Smith's live performances comes away in awe of the man's ability to fuse jazz, blues, and country into one neat packageâ€”with a technical ability that has to be seen to be believed." - Music Radar Let's look at some of the features of the FLATV1: FLATV S-TECH WOOD Roasted Maple neck The FLATV neck features a â€™Soft Vâ€™ neck grip shape that blends the charm of a classic neck shape with a modern feel. This enables the neck to feel both substantial and comfortable to the player. The S-TECH Roasted Maple neck is constructed with 1 piece, and is the perfect combination of form and function. S-TECH WOOD Roasted Maple fretboard The S-TECH special roasted treatment provides a superior attack, a well-balanced tone and a rich sustain. In order to achieve supreme neck grip comfort, the fretboard edge is finished with a smooth curve. Seymour DuncanÂ® FLAT5â„¢ pickups Joshâ€™s signature pickup set from Seymour Duncan feature a vintage style neck pickup with slightly increased output to adhere to Joshâ€™s exacting tonal specifications, paired with a bridge pickup that is constructed with a mix of different types of Alnico magnets to best match the tone that Josh has relied on for years, and is able to capture guitar sounds that are both bright and fat. GotohÂ® machine heads provide super precision, smooth feel, and minimal back lush. The GotohÂ® F1803 bridge improves sustain and tuning stability. GotohÂ®/Ibanez co-designed "In-Tune" saddles These saddles are equipped with grooves which actively prevent each string from slipping to the side.The saddles also feature rounded edges and deeper grooves on 1st and 6th strings, which means much less saddle tilting is required to adjust the string height, and equal string spacing is more easily achieved. Additionally, the saddles are designed with pre-calculated "intonation points" where the string touches the saddle, allowing each string to have and maintain precise intonation. The 10.5mm string spacing allows for easy picking across strings. The saddles themselves are made of titanium for maximum tonal clarity. Control plate specially designed for AZS series. This control plate is curved for easier access to all the knobs and switches, without sacrificing its traditional appearance. A non-contoured 'slab' style AZS body, allowing for a classic look and feel. This neck joint and heel offer a feel that is reminiscent of the golden era of guitar design, with the four-bolt metal neck plate adding extra strength and stability. The Luminlay side dot position marks make it easy for players to see fretboard position marks when performing on dark stages.

We accept all major credit cards (orders must ship to the billing address of the cardholder or authorized ship-to address for their account), PayPal (shipped to a PayPal confirmed delivery address), Financing through Blispay, Wire Transfer in advance in US Funds, or COD (Cashier's Check only).

We ship most any order placed before 3pm CDT Tuesday through Friday the same day. Orders placed Saturday-Monday will ship the following Tuesday. For new products we will only ship to delivery addresses within the United States. Most pedals are shipped via Priority Mail. Guitars and Amplifiers are shipped via UPS Ground. Other shipping methods are available. Please contact prior to placing your order for shipping cost quotations to your delivery address.

The Guitar Sanctuary does accept returned items as long as arrangements are made for such within 48 hours of purchase/receipt. Returned items MUST be in the original condition and packing (including owner’s manual, un-used warranty card, any other items that came with the item) in order to qualify for a refund. No refunds are available for “special” ordered guitars or amplifiers (items that were not in stock, but rather ordered per the customers request. The customer is responsible for all freight charges and credit card processing fees incurred in the course of the sale. We cannot refund freight charges. The Guitar Sanctuary will charge a 20% restocking fee for returned effects pedals and amplifiers and a 10% restocking fee for Guitars. The only exceptions are for products that are defective.&nbsp; Please only purchase an item after you are certain it is right for you! Layaway: You can lay-a-way any product for a maximum of three months. Lay-a-way requires a 25% non-refundable deposit. We will not be able to ship the item until it is paid for in full and as a lay-a-way purchase, does not qualify for the 48 hour approval policy. International Sales: We can ship most guitars and other products internationally. We prefer money orders, cashier’s checks, or bank wire transfers in U.S. dollars. Shipping quotes are only valid for 48 hours. Please consult with your local officials about taxes, duties, currency exchange rates, etc.