No sales tax for customers outside California.

It was great to get my hands on another Nacho Blackguard. I have one of my own and have been waiting to see how consistent they are. This one is about 5 years older than mine, and it proves to me that Nacho already had his process well worked out by this point - it feels pretty much exactly like the neck I ordered for mine.

There is quality apparent throughout. The guitar feels old, absolutely amazing. Unlike most Relic guitars I see and have played, it really feels like a vintage guitar.

At under 6.5 pounds, the guitar is so light and comfortable.

The frets have been professionally replaced. They are medium jumbos, which I thought I wouldn't like on a classic style Tele, but man - they really let you feel and dig into bends. The work was really well done too.

The logo was likely applied to the headstock after it was built. I don't believe Nacho did this, and the disc with the pictures that is included with the guitar don't show it. That's a great touch with these guitars by the way - Nacho shoots great pics of the entire guitar - apart and together, included on a CD in the case.

All the paperwork and stuff that come with these guitars is included in the original case.

All said - this is an outstanding guitar that I believe stands head and shoulders over any Masterbuilt Fender and gets you as close as you can get to a real, early 50's Telecaster. 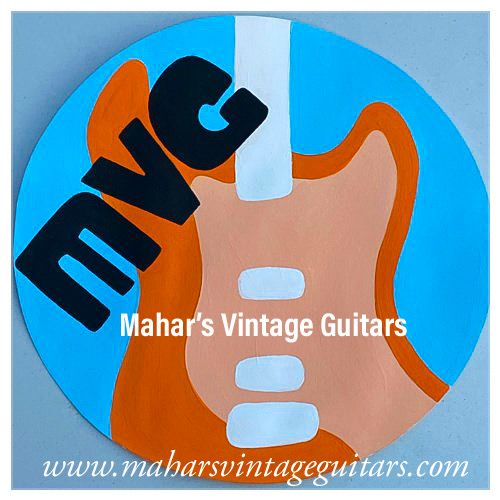 Chuck Mahar
530-570-1525
Online Only
4:41 AM
Monday through Friday, 9am-4pm. Usually available always, sometimes not so much, even at other times on other days.