770-337-9679 or greg@gregsguitars.net for more info on my vintage guitars,amps and gear for sale.

For sale ,This Vintage and rare Forcillo electric archtop guitar with original hard shell case, 1950 era.(possibly earlier). You have dreamed of a D’Angelico archtop for years but could never afford one, well read on because this is as close as you will get without forking out a huge amount of cabbage.

Here is what I could find out about the builder:

Frank Forcillo helped John D'Angelico build his iconic guitars for many years. He even designed - and patented - the unique truss rods still found in those guitars. He left D'Angelico in the late 1940s to build his own guitars, but only completed approximately 40-50 instruments before moving on to other pursuits. This is one of the super rare archtops bearing the "Forcillo" brand name! It's almost identical to a D'Angelico, and sounds and plays superb.

As head of United Guitars Forcillo was out of Elizabeth, New Jersey, started presumably some time in the 1940s. The next concrete piece of info around Forcillo is courtesy of the United States Patent Office. On April 29, 1948, Forcillo filed a patent listed as an Attachment for Fretted, Stringed Instruments. This design is topped of by a finial that is remarkably similar to the same detail that D'Angelico used almost exclusively during the same time period.

Todd Cambio of Fraulini Guitars has confirmed that the finial on the headstock is a very old Neapolitan design used not only by instrument makers in Italy long before mid-century, but also used by John D'Angelico's uncle, Sr. Ciani, on several mandolins and guitars.

both D'Angelico and Guild continued to have connections to Forcillo's United Guitars throughout the 1950s. When John D'Angelico finally caved into pressure to make "electric" guitars he chose not to make the bodies, but rather purchased laminate-top bodies from Forcillo's United company. John would then make the neck and complete the guitars - again using Franz pickups for the most part. Obviously they remained on good terms. The aforementioned tidbits of information are excerpts from various web based posts and articles and are not originally authored by yours truly.

So with this said , does this guitar hit the bullet points that make a guitar desirable ?
Vintage - yep, Rare- yep, Quality build and craftsmanship - yep, All original -yep, Original case -yep. 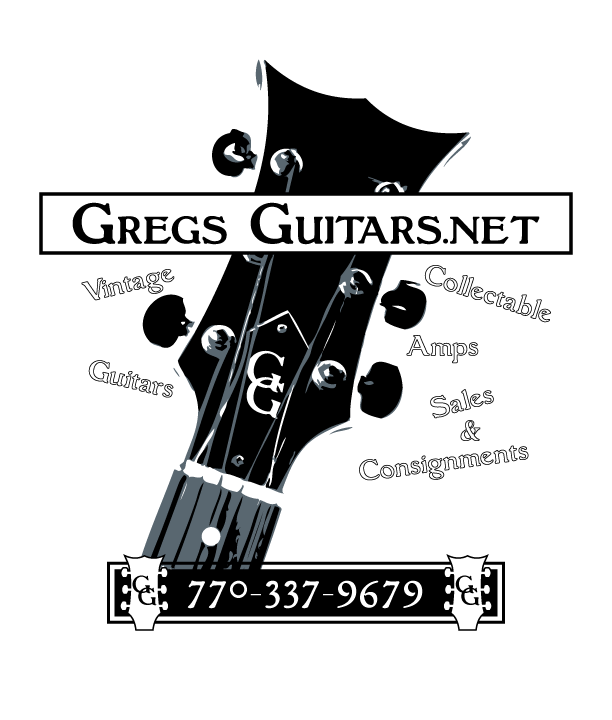 Direct wire transfers,U.S. bank money orders/cashiers checks,USPS money orders, Call for other forms of payments. ~ Layaway is welcomed ~ 10 % non refundable payment to place a "hold" on any gear Greg's Guitars has for offer ~ $45.00 written evaluation or insurance estimate of your guitar or amp .770-337-9679

Ironclad transactions, happy clients. Customer tastes and hearing does vary ,so any returns due to "tone" or "feel" or "sound" or "set-up" can not apply as a refund ,but only on the items condition as NOT being described ,So please ask all and any questions before you purchase.We will go over the entire guitar hands on before your purchase to insure you are totally satisfied even before you get your guitar.All amp sales are final as with most dealer policies. restocking fee applies.. Call for those details.~ layaway welcomed~Consignments taken ~utilize skype and see your next purchase before you buy.10% return fee plus shipping on all returns. Refunds are given AFTER the item in question has been returned too us and arrives in same condition it left us.