Description
Up for sale is a cool and rare 1967 Mosrite Melobar in its original Red finish. Very cool and quite unique! Pot codes are 1966, and the fretboard overlay is (c)1967. I believe this example is from the original 300 made in 1967, and that it is one of just four that were painted red. Weight: 8lbs. 10oz.

This Melobar was originally a 9-string guitar and the 10th tuner is obviously added later. The bridge and nut have been modified for 6 strings. I have seen pictures of several other Mosrite-era Melobars with that exact same 10th tuner in the exact same position. I'm thinking it may have been added at the factory but cannot confirm for certain. After those initial 300 Mosrite guitars, Melobar changed to Rosac-made bodies and hardware, they made 10 strings the factory standard.

The really first production Melobars were manufactured for Walt Smith at the Mosrite factory in Bakersfield California and released in 1967. The identifying factors are: Mosrite body, Mosrite labeled pickups, Mosrite knobs, Chrome control panel that goes completely around pickups as one piece with that half round area. Kluson Keys, an angle on the top of the head so the treble side is longer than the bass side of the head. Most were sunburst, with 6 white, 4 red and 4 blue that are known as originals from the Mosrite batch.

Cool and rare! No case with this one 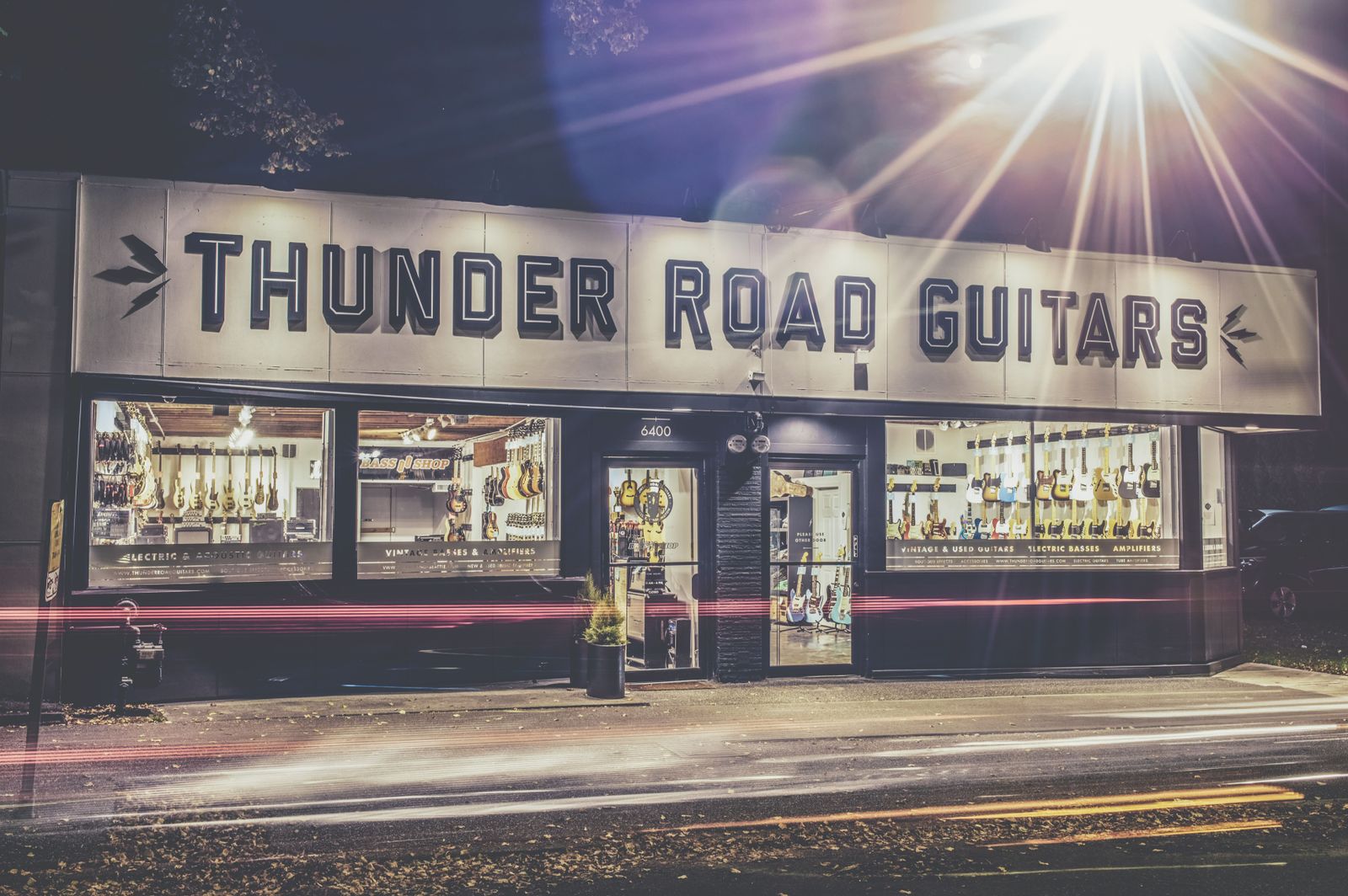 We ship exclusively through FedEx in the United States and FedEx or DHL worldwide. The shipping price you are charged covers transit, insurance, proper packing, and tracking. If you prefer another shipping method please let us know so we can accommodate your needs. In the event of damage in transit we will help facilitate a claim with the shipping company to ensure full refund.

We offer a 48 hour approval period on all guitars, amplifiers, and pedals from the date of purchase for in store transactions or date of delivery for internet orders. This approval period is for the buyer to make sure that the instrument is in the condition and originality we advertised. If a return is requested because the buyer simply doesn’t like the way an instrument plays, sounds or other personal preferences we reserve the right to deduct a 10% restocking fee at our sole discretion. In the event of any return the buyer pays all shipping and insurance costs, both to and from, as well as any other fees associated with the transaction. In the event a return is requested on an item prior to shipment or delivery a 10% restocking fee will be deducted at our sole discretion. All returns must be approved by phone or email and must be returned in the exact condition they left our store. Any item returned not in the same condition it left our store is subject to a 20% restocking fee at our sole discretion. For logistical reasons we are unable to accept returns on any transaction involving a trade, both in store and online. Unauthorized returns will be refused and returned at customer's expense. Please know we go to great lengths to ensure with 100% confidence that you are getting the exact item you purchased in the condition and originality described. We strive to earn your business.